How To Recover From Penguin

Let’s recap…On the 24th April 2012, after a full twelve months of benefiting from the machine learning abilities of Panda, Google set free the fearsome Penguin to fight the good fight against poor webmaster practices. Google say that world domination is not on their agenda; they want a just world where good quality websites, like cream, float to the top of the search engines.

So for 12 months as Google played with their new favourite pet Panda, a certain amount of re positioning was taking place as those sites which were liked were promoted and those, according to quality reviews, not liked were demoted.

The time had come to get tough and penalize not the sites that were over optimised, Panda dealt with them but to come down on those sites that employ tactics like; keyword stuffing, duplicate content, bad misleading/hidden/cloaked links all of which are against their Webmaster Guidelines.

Have You Been Penalized?

Those website owners who historically have not exactly followed Google Guidelines to the letter probably started to feel the pain in the immediate days that followed. Phone not ringing, sales through online shop suddenly down, a noticeable drop in business!

If this has happened to you confirmation will be found within your website analytics where you can compare your traffic flow pre and post the 24th April 2012. For those of you that find that traffic improved then you have received an unofficial pat on the back. If your statistics resemble our image then don’t panic but there is work to be done!

How To Recover From A Penguin Attack

So you have looked at your analytics and the drop is significant, next step is to log into or verify your Google Webmaster Account. If you are contravening best practices the chances are that Google may have already sent you messages regarding your spammy behavior. It is believed that Google sent over 700,000 messages to webmasters in January and February 2012 which was more than they sent in 2011.

At Nettonic our recommendation at this stage would be to employ a professional company to provide a detailed site audit to identify areas which could be deemed not to follow Google Guidelines. Pages/links identified as spammy should be removed or replaced or corrected:

So in conclusion, like Panda, Penguin may have been unwelcome to some but in the long run we were all warned and now it is here to stay. There will be a continual rejigging of ranking positions but in short the cream will float to the top which must be a good thing.

If you have made a concerted effort to correct our all sites wrong doings then you will need to submit your site for reconsideration and provide details of what you have done. Alternatively if you want to argue and feel that your penalty has been unjustly imposed then Google provides a mechanism within Webmaster tools. 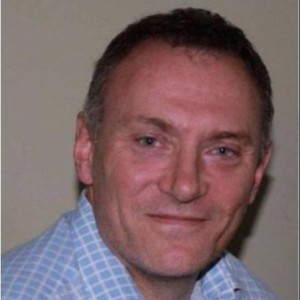 Managing Director of Nettonic Ltd a Bedford based digital marketing company specialising in helping businesses to improve their online brand awareness. Linkedin
PrevPrevious PostWhich SEO Company
Next PostHave We Learnt The Lessons Of PandaNext
This website uses cookies to improve your experience. We'll assume you're ok with this, but you can opt-out if you wish. Cookie settingsACCEPT
Privacy & Cookies Policy

This website uses cookies to improve your experience while you navigate through the website. Out of these cookies, the cookies that are categorized as necessary are stored on your browser as they are essential for the working of basic functionalities of the website. We also use third-party cookies that help us analyze and understand how you use this website. These cookies will be stored in your browser only with your consent. You also have the option to opt-out of these cookies. But opting out of some of these cookies may have an effect on your browsing experience.
Necessary Always Enabled
Necessary cookies are absolutely essential for the website to function properly. This category only includes cookies that ensures basic functionalities and security features of the website. These cookies do not store any personal information.
Non-necessary
Any cookies that may not be particularly necessary for the website to function and is used specifically to collect user personal data via analytics, ads, other embedded contents are termed as non-necessary cookies. It is mandatory to procure user consent prior to running these cookies on your website.
SAVE & ACCEPT